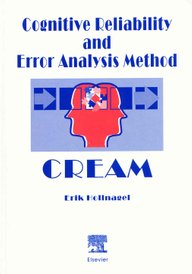 No man is an island entire of itself;

A Fable. Once upon a time a bunch of well-meaning scientists started to get worried about the many errors that other people made. This was not just the slip of the tongue and the housewife everyday errors, or not even the many people that killed each other on the roads. Such things had become commonplace and nobody paid much attention to them. In particular, the newspapers rarely reported them on the front page. The scientists were rather concerned about errors in complex industrial systems where a single person could cause irreparable harm to many others. These were the kind of events that would grab the headlines and dominate the news - at least for a day or two.
They scientists were concerned about what they called the “man at the sharp end”, by which they meant the people who were caught between the demands from complex technology and inadequate means they were given to achieve their tasks. Some scientists wanted to lighten their plight, others just wanted to calculate when they would fail.
The well-meaning scientists said to themselves, look we must do something about this. And since they knew that everything has a cause, they began to look for causes. This meant that they had to leave their laboratories and go out into the field. When they came into the field, they looked and found two promontories. One was a hill called The MINd Field (although it had previously been called the MINE field) which looked as the results of the forces of nature and the other was a clearly man-made structure, though somewhat weather worn, called the HEAP.

In addition there was, of course, the whole environment, but being scientists they paid little attention to that. They were in it, and therefore they did not notice it. As many of the scientists had been trained in psychology, they decided to begin with the MINd-field. And they started digging. In the beginning work was easy, and they found lots of little relics in the upper layers. There was also some dirt, which they kept to themselves and only discussed during conference coffee breaks. But they did not find the chest with the treasure, i.e., the cause of all things, in search of which they had started their quest. As they began to dig deeper and deeper, they ran into rocks and boulders, and the work became very strenuous. So they held a conference. Some were of the opinion that they should continue digging and try to remove the boulders or get around them, in the certain conviction that the answer could be found further down. Others doubted that it was worth the effort and reasoned that they instead started to dig in the other place, the HEAP. So the split into two groups, and continued their work.
And here we are. The two groups are still going at it in different directions. Every now and then someone from either group will look up from their work and notice the world around them; and sometimes they will begin to wonder whether the cause of all things is to be found elsewhere. But soon they will turn their attention to the unfinished work and keep on digging and analysing.
This book is about what we found when we tried to dig deeper in the MINd field.

Acknowledgements
There are two types of acknowledgements, one that refers to the contents and one that refers to the context. In terms of contents, the ideas described in this book have been developed over a number of years and have benefited from the discussions and collaborations with and inspirations from a number of friends and colleagues. Chapter 1 gives a brief description of the background for the book in terms of the gradual development of the basic ideas. Here I will confine myself to thank a small number of people who, in one way or another, have been very important for the development and realisation of CREAM. It is unfortunately practically impossible to mention everyone, and it is decidedly unfair to the rest to single out a few. So with the risk of offending members from both camps, I will mention three groups that have been particularly important. One group includes the people, past and present, from the Institute for Systems, Informatics, and Safety (ISIS) at the Joint Research Centre in Ispra (Italy), in particular Carlo Cacciabue and Mauro Pedrali who were among the first to see the possibilities of the general approach described by CREAM and the power of the phenotype-genotype distinction. A second group includes my colleagues at Human Reliability Associates (UK), in particular Phil Marsden who was instrumental in the first development of the predictive method and who contributed significantly to the historical perspective. Many of the practical issues of CREAM were also refined in a constructive interaction with two customer organisations, the Institute for Nuclear Safety Systems (INSS) in Japan and the Korean Atomic Energy Research Institute (KAERI). A third group includes the PSA/HRA practitioners, in particular Ed Dougherty Jr., Mike Frank, Tony Spurgin, and John Wreathall. Their interest has been particularly encouraging for a poor psychologists who have ventured into the quagmire of the real world (and survived!). I am also indebted to David Woods who provided me with many succinct comments and asked more questions - in writing - than I could possibly answer. Finally, I would like to thank Dr. Singh from EPRI for reference material on the Method for Addressing Human Error in Safety Analysis.
In terms of the context, I am thinking of the tolerance, patience, and encouragement that every author needs from his family. Writing a book is a very egotistical enterprise where the author can disappear for long periods of time into a universe that often must seem impenetrable. My dear wife, Agnes, has not only been infinitely patient but has also provided me with both moral support and sustenance whenever needed. Without that I would not have been able to complete this book. Unfortunately, I dare promise that I will never do it again.

The times they are a changin

If your intention is to use CREAM, please read this caution first.