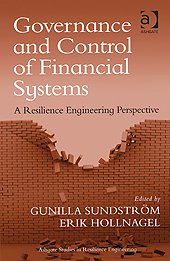 The Turmoil in the Financial Services System

At the time of finishing this book, i.e., December 2010, the impact of the 2007-2008 turmoil in the global Financial Services System (FSS) is still felt by the global economy and the Financial Services industry. In response to the crises, the industry continues to transform itself in front of our very eyes, trying to cope with something that has not yet been completely understood. National governments have intervened in various ways, referred to as rescue, bail-out or economic stimulus policies and programs, often reflecting political positioning as much as sound reasoning. Regulatory bodies such as the US Federal Reserve Bank, the European Central Bank, the Bank of Japan, the People’s Bank of China, and the Bank of England have taken unprecedented measures to stabilise the global Financial Services System, to the best of their understanding. New regulatory bodies have emerged, such as the European Systemic Risk Board and the US based Systemic Risk Regulatory Council, both chartered with monitoring of systemic risk; in addition, scope of existing regulatory bodies were broadened. All of these actions were of course taken in response to the financial crisis. While these efforts have been credited with preventing a complete meltdown of the global financial services system, it is not necessarily clear that demands for more regulation will lead to better control of the Financial Services System. In fact, some argue that measures taken by governments and regulatory bodies have prolonged the financial crisis and its impacts (e.g., Taylor, 2009). So how can we know, or find out what actually happened?  How do we know that we have improved our abilities to govern and control financial services systems?

What Happened?
One of the fundamental facts of perception and understanding, and indeed of epistemology, is that the perspective (or model) that you use to describe events or to understand why something happened, will influence the result of the analysis. This is particularly important in relation to the investigation of things that have gone wrong, because it means that accident investigation is a psychological rather than a logical exercise. Causes are constructed rather than found, and the financial crisis is no exception. Hollnagel & Speziali (2008) described this as the What-You-Look-For-Is-What-You-Find or the WYLFIWYF principle. The key implication of the What-You-Look-For-Is-What-You-Find in relation to the 2007-2008 financia crisis is that it is important to be aware of the assumptions that various people, or communities, use to describe the events. To demonstrate the importance of underlying assumptions, we will in the following show the consequences of adopting a so called linear view:

The linear view assumes that it is possible to define a sequence of events such that events in the beginning of the sequence invariably lead to events later in the sequence. This has been expressed clearly as the First Axiom of Industrial Safety (Heinrich, 1959: 13), which reads:

‘The occurrence of an injury invariably results from a completed sequence of factors – the last one of these being the accident itself.’

The traditional root cause perspective is an example of a linear view in which events in the beginning of the sequence are viewed as causing events later in the sequence. It is consistent with this view that the collapse of the US subprime market was seen as a root cause of the financial crisis (e.g., Acharaya & Richardson, 2009).
The US subprime market was part of the broader US mortgage market. This market experienced a tremendous growth in the years between 2001-2007. The US mortgage market not only experienced a rapid growth but also a structural change, i.e., the proportion of originated subprime mortgages doubled from 2003 to 2006. In the US, a conventional loan typically had a fixed interest rate and ran for 30 years and the borrower made a down payment of about a 20% of the price of the house. In contrast to that, a subprime mortgage often had an adjustable interest rate and no requirements for the borrower to provide a cash down payment. As a result, the default risks associated with the sub-prime market were considerably higher.
The portion of risky loan grew drastically in the years preceding the financial crisis. However, lending organizations typically did not keep loans on their books, but sold the loans to financial intermediaries who in their turn pooled mortgages to offer products such as mortgage-backed securities (MBSs), collaterized mortgage obligations (CMOs) and collaterized debt obligations (CDOs). The result was that investors across the globe de facto became connected to the US Subprime markets by investing in products that depended on the behavior of that market, even though they might not have intended to do so, nor been aware of it.
The rapid expansion of the US mortgage market was fuelled by the assumption that house valuations would continue to appreciate and that borrowers therefore at some point could replace risky loans, such as adjustable rate loans, with less risky loans, such as fixed interest rate loans. In 2007 default rates started to increase in the US subprime mortgage market. In a linear cause-effect explanation of what happened, this event is widely perceived as one of the key triggers of the financial crisis. The increased default rates undermined valuations and investors confidence in mortgage backed structured products dwindled. As a result financial markets for financial products exposed, or with assumed exposure, to the US subprime markets froze. Soon, investors’ risk aversion and weariness spilled over to other markets such as the short-term global credit markets. As a result major Financial Services firms faced increased liquidity risk, i.e., the risk of not being able to turn assets into cash or cash equivalents became higher. In parallel, firms capital needs increased to offset risk associated with other types of assets on their balance sheets. Cash hoarding, risk aversion and lost trust became the characteristics of many key global Financial Services firms. As a result financial markets froze for financial products that were exposed, or were assumed to be exposed, to the US subprime markets.
These industry wide tensions were for example very visible in the high inter banking interest rates (i.e., LIBOR). In parallel, complex asset classes experienced continued devaluation leading to an even greater need for capital. As a result, some firms started to shed assets. An example is that the USA based Financial Services Company Merrill Lynch (later acquired by Bank of America) sold 30 billion dollars worth of asset in July-August 2008. Such fire sales further accelerated asset devaluations, and led to yet more need for capital.
Central Banks reacted to the crisis by cutting interest rates and by putting different vehicles in place to improve liquidity. National governments implemented stimulus, bailout, and rescue packages, all designed to prevent the global financial services system from a complete collapse. Table 1.1 provides a view of the scope of the crisis by describing how a selected set of Financial Services firms were impacted. Three types of events are distinguished, all of them associated with different levels of distress experienced by a Financial Services firm:

The obvious question is: Why did the global financial services system experience the 2007-2008 turbulence? In Section I of this book, different perspectives are leveraged to provide insights into why the global Financial Services System drifted towards complete systemic collapse.
Although linear explanations implying sequences or chains of causes and effects were introduced as explanations from the very beginning of the crisis, even the brief exposure here makes it clear that they are too simple to be reasonable. If the financial services system worked as the clockwork implied by the simple linear models, then it would have been possible effectively to intervene and to change the course of events.  As Chapters 4 and 5 will show, there is a need for much more powerful explanations. Section II will present some of these in more detail, while Section III will return to the fundamental issue of governance and control of financial services systems and point to several ways forward.